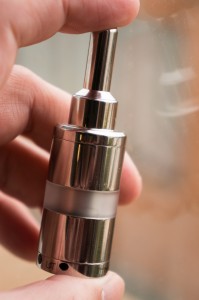 If you’ve been vaping for a while, chances are you’ve owned a Kayfun Lite, or likely a Kayfun Lite Clone. If you’re not sure what a Kayfun is or even if you’re interested in where the Kayfun came from, this resource guide is for you.

The Kayfun is a tank system that incorporates an RDA design with, well, a tank. The original Kayfun was designed by SvoëMesto. Designed in Russia and built in Germany, this little tank turned heads when it came on the scene in 2013. The holy grail in vaping is the flavor that comes from rebuildable atomizers combined with the convenience of a tank that wholes lots of e juice. That’s exactly what the Kayfun set out to do. The design was a small, rebuildable chamber that was enclosed in a juice tank. For tank systems at the time it came out, it not only performed extremely well, but the flavor was simply outstanding. And since you could easily rebuild it there were no stupid proprietary coils to purchase every few weeks. This really was a vaper’s dream.

The Kayfun is a vacuum based tank design. This means that when you fill the device, you hold it upside down and cover the air flow hole with your thumb while filling. This creates a vacuum seal which gets juice to the wicks, but keeps it from flooding. Well in theory. Vacuum devices are amazing, but when this seal breaks, they do tend to leak and gurgle when you vape them. Its usually easy to get the vacuum set again by turning the device upside down and blowing air back through the tank until the juice is not leaking.

The vacuum design will usually leak when traveling in an airplane as well. I’ve found that if I take the tank off the mod and just turn it upside down it keeps the seal in tact. Basically, you’re just using gravity to keep the juice away from the air holes. The seal will be challenged with the air pressure change, but it won’t leak.

The original design came in three different models. The Kayfun, the Kayfun Lite and the Kayfun Mini. All performed amazingly well. The original Kayfun was the largest in the group. The Kayfun Lite was a slightly reduced version and is certainly the most popular with vapers even today. The Kayfun Mini was particularly interesting in that it featured a much smaller and taller tank, but still provided the benefits of the Kayfun system. It was unfortunately discontinued in 2014.

As wonderful as the Kayfun was, it came with a few weak points. First of all, the design is pretty complex. SvoëMesto had a hard time keeping up with the demand, especially early on. There are a ton of parts that have to be machined precisely and it proved to be difficult to make. In their absence, the road was paved for others wanting to make money on this design.

You can still find the original in stock for $99.99 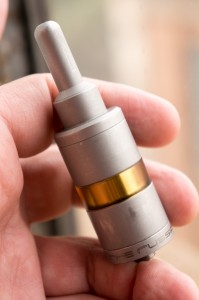 Clones and the Russian 91%

As with many of the best designs in vapor technology, they are often produced by small companies in short runs. The prices are fairly high as well. As soon as they emerge, you can bet a large company in China (usually several) will clone the device and sell it at about 1/10th the price. No matter where you stand on clones, this is part of the vapor world right now because it is so new. Just the simple fact that they are available and the original is not is a big reason why people end up going this route to purchase. The point here is not to argue ethics, but to talk about the evolution of the Kayfun.

All of the major clone companies, Fasttech, EH Pro, KPL, Tobecco, etc have all done versions of the Kayfun that perform just as good as the original.

One of the more interesting designs to emerge was the Russian and Russian 91% tanks. The story goes that one of the old SvoëMesto employees left the company. He felt the problem with the Kayfun was the tight airflow so they designed the Russian. For this reason I would not consider the Russian a clone. Its an improvement over the original design and originally came in a satin matte finish. Other finish types have come out on the Russian including black and chrome. 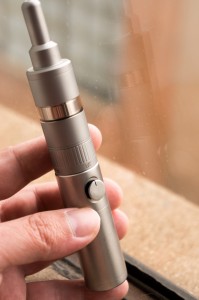 The Russian is a solid performer. The Russian 91% is a reduced size similar to the Kayfun Lite and both Russian tanks are extraordinary. They are widely available and in my personal opinion I think these tanks are hands down the best you can get. The flavor is as good as the Kayfun and you get more airflow which is MUCH needed from the origional design. In fact, this is currently the only tank that I use. I’ve got 2 original Kayfun Lites that sadly sit in a drawer.

In early 2014, we saw the introduction of 26650 batteries used in vaping gear. The 26650 has a very high amp rating and mah rating which make these desirable to vapers – particularly those who like mechanical mods. The reason being is that they can safely handle lower ohm builds and they also give you excellent performance. The downside of these is that they are huge. The diameter is nearly twice that of a 18650 battery. But the tradeoff is worth it as we’ve seen tons of fat, 26650 mods enter the market.

Companies also started making 26650 sized RDA’s and tanks to match these new sizes. SvoëMesto haven’t released a new model in a while, but the clone companies were quick to adjust their designs. There was also a “Big Russian” added to the mix. The real benefit with these is the capacity for juice. Not only do you have to change the battery much less, but the tank won’t need changing either. The Big Russian has a juice capacity of about 11ml of juice.

There have been many other designs produced around the concept of the Kayfun Lite. The key to the design is the airflow being right under the coil. This produces an intense flavor from the e liquid. The chamber is also quite small keeping the vapor production tight, warm and dense. Many vaper’s prefer this. But the original Kayfun is tight for building dual coil builds, the airflow is pretty restrictive and the plastic window has the tendency to break over time with used with certain juices.

There have been other designs based on this with very interesting results.

The Fogger is a stainless steel Kayfun concept and introduces air flow control. The Fogger has been a bit of a work in progress – its a solid vaping experience, but gurgle problems, flooding, etc have all been issues. To their credit, the manufacturer is updating this constantly. At the time of writing, Version 4 is coming out hoping to solve some of the issues with this tank system.

The Squape features a glass tank, adjustable air flow, adjustable pin that won’t break your build when you adjust it and a non-conductive, unique deck design. The idea of the SQuape was to make the device much more user friendly than the Kayfun. Interestingly you can also rebuild the SQuape without having to drain the tank. The air flow control is a ball bearing design rather than an O Ring. This is a very nice device.

The Orchid is probably the most interesting design inspired by the Kayfun to date. The holy grail of what seems to be the quest of the Kayfun design is to get the air flow and feel of an RDA from a tank. The Orchid comes closest to this.

The deck looks much like an RDA as it easily accommodates dual coil builds. The tank is much bigger, this is not going for low-profile looks. Its going for performance.

The Orchid also features 2 huge air flow holes so you can do lung hits. There are 4 juice channels for efficient juice delivery. This is a serious tank for people who love vaping.

Which Kayfun is Right For Me?

They Kayfun has experienced quite an evolution by various manufacturers since its introduction. Many improvements have been made. If you’re confused with where to start, consider what you like.

I personally think the Russian 91% is the best of the lot. That’s my personal opinion, but its my favorite. I like the air flow, I like the finish and I love the way it performs.

The SQuape is quite outstanding as well. Its big and heavy, but it performs really nicely.

The Orchid is your choice if you want a closer experience to that of an RDA.

And of course, if you’re on an extreme budget, there are many cheap clones out there that perform quite nicely as well.

But what about the original? Well, a problem with the vaping market is supply and demand. SvoëMesto created a masterpiece with the original Kayfun, but supply to meet the demand was a problem. Since then there have been so many improvements that these devices are actually better than the original. Its now time for SvoëMesto to step up on their next update. I have heard that they will be releasing something new soon and I hope the best for them – they started this design after all! They have the chance to bring the next generation to the vaping market and I think we are all excitedly waiting. 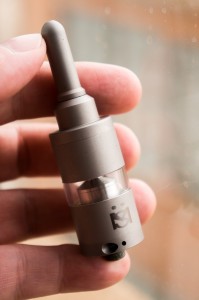 One thought on “The Ultimate Kayfun Resource”